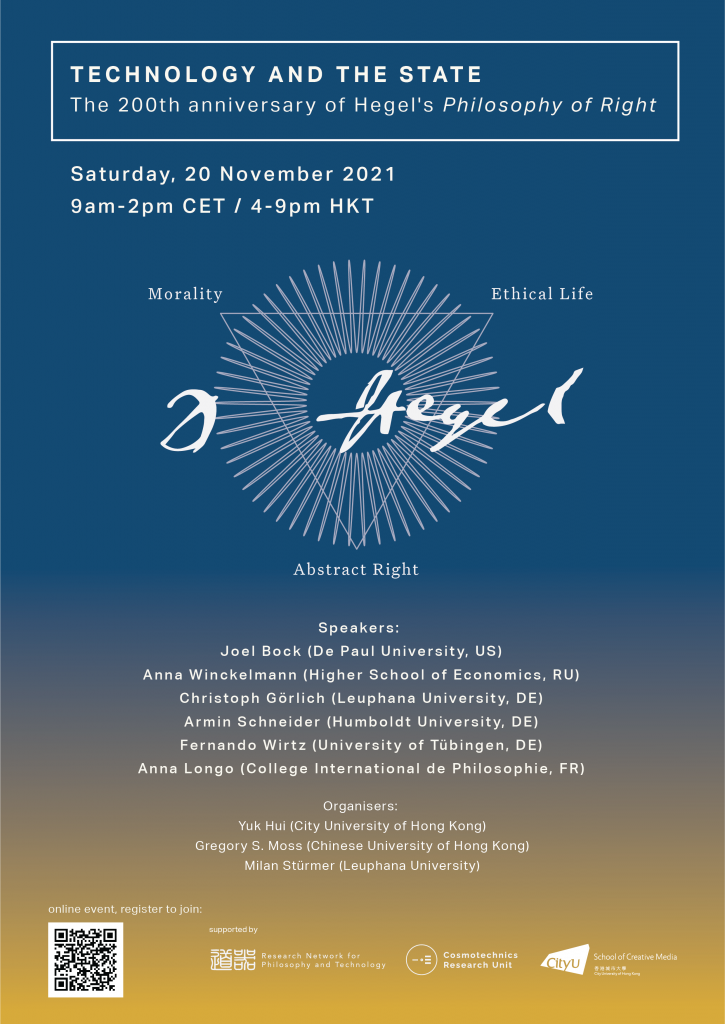 Beyond this opposition between the mechanistic and the organic, which is shared by the romantics and other idealists, there is another dimension of technology irreducible to mechanism. Technology expresses itself as a general tendency of externalisation or alienation (Entäußerung) and the power of negation. Retrospectively, we know that a student of Hegel, Ernst Kapp, developed the concept of organ projection to describe technical inventions in his Grundlinien einer Philosophie der Technik (1877), and that the Hegelian scholar Gotthart Günther characterises Hegel as a proto-cyberneticist or, in other words, cybernetics as realising Hegel’s logic. The question of technology in Hegel is manifold and remains to be clarified. The pandemic announced the return of the state equipped with an advanced automation and surveillance system, one which is simultaneously beyond Hegel’s description in 1821, while making Hegel’s writing appear only more relevant today. 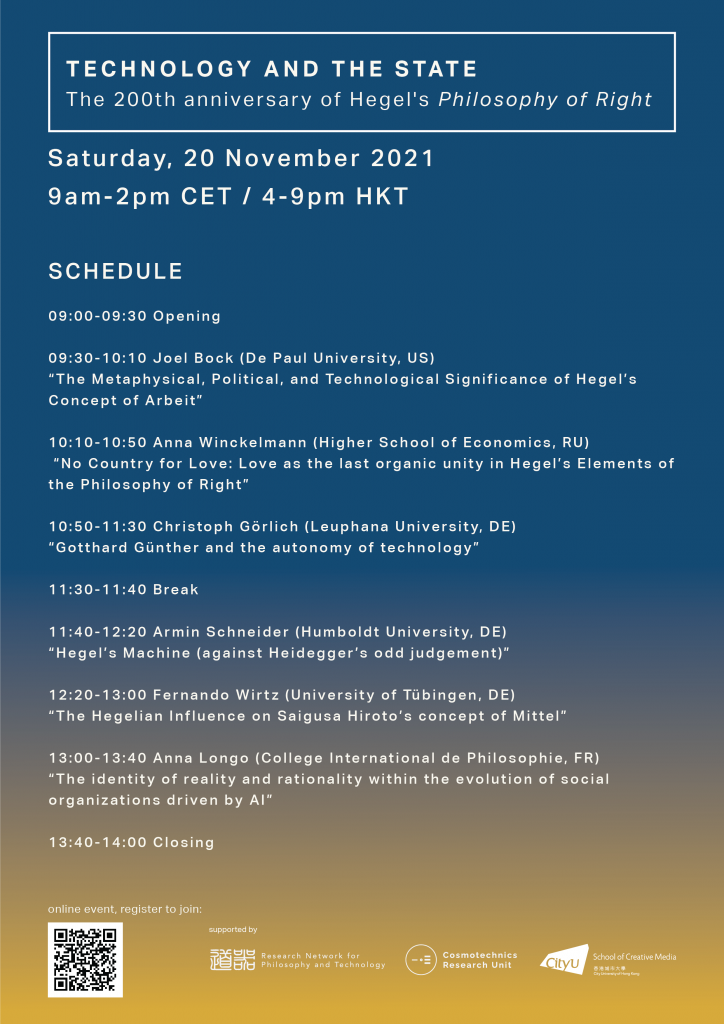 Cybernetics is not only an ephemeral and contingent event in intellectual history, but rather it mea