Philosophy of Media and Technology Series

“Philosophy of Media and Technology” is a series supported by the Shanghai Academy of Social Science Press. Since philosophy of technics becomes more and more historical studies in China, or in general researches in analytic philosophy which point to antique questions such as “what is a good life?” , hence the media philosophy series/network wishes to carry the researches of the philosophy of technics to another level, especially to confront the contemporary development of digital technology. The digital and media technics itself has transcended the previous notion of technics, hence also serve a point of departure of rethinking technics from a contemporary perspective.

The second motivation is that Media Philosophy as a discipline or interdisciplinary methodology that is not yet fully developed, hence it still has a lot of potential to become a critical discipline, which doesn’t limit itself to business studies, or studies of identities (as it is the case in Asia in general), but rather to search like Simondon and others the possibility of a new humanism. However, before all these can happen, it is necessary to introduce the contemporary debates and theories, in order to bring forth the interdisciplinary and rigorous practices in both engineering and humanities. 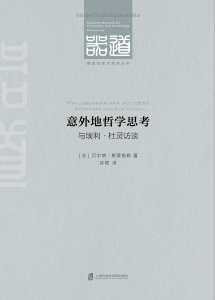