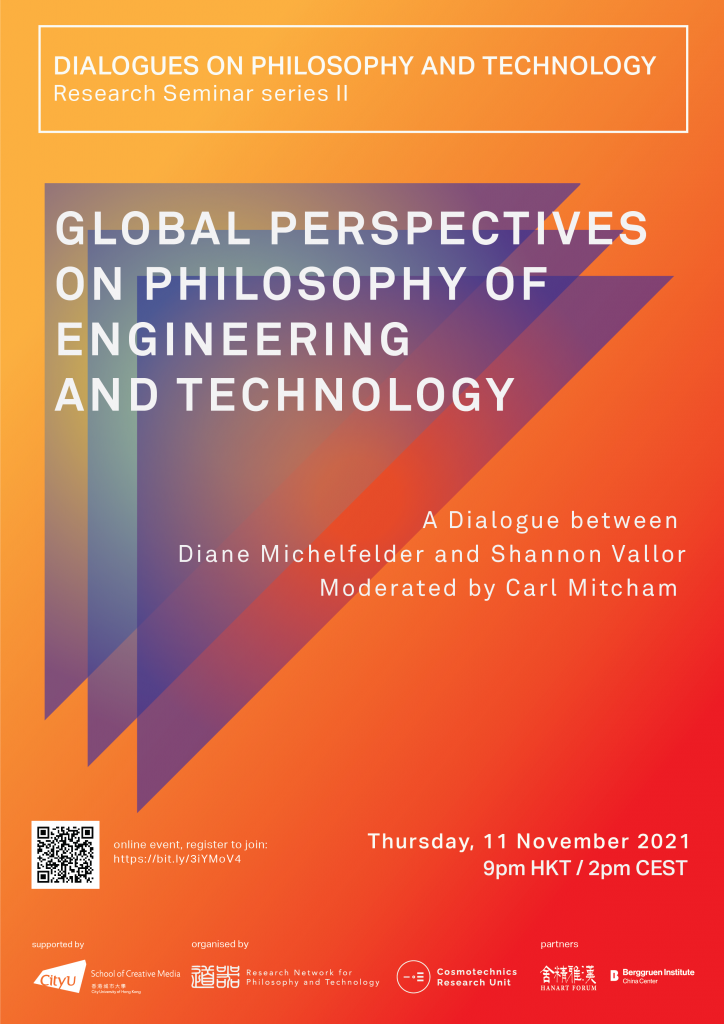 This event brings together the editors of two major new leading reference works on the philosophy of engineering and technology ̶ Diane Michelfelder and Shannon Vallor ̶ to share their perspectives on the fields. The dialogue will be hosted by Carl Mitcham, a contributor to both volumes.