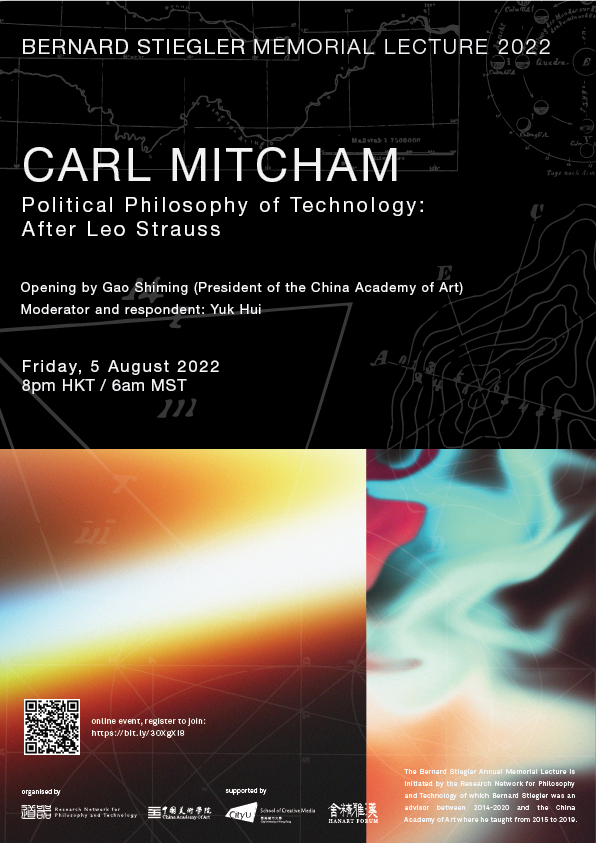 As the philosophy of engineering and technology emerged since the mid-20th century it has increasingly focused on ethics and social issues, with healthy doses of conceptual, epistemological, and ontological analyses. Less prominent in both analytic and phenomenological schools are questions of political philosophy. This talk will query possibilities for political philosophy of technology of a distinctive sort, drawing on the thought of Leo Strauss, one of the more consequential if controversial political philosophers of the 20th century. The aim is not so much to expand the extensive body of literature explicating, interpreting, and debating Strauss’s subtly seductive corpus as to be stimulated by selective aspects, without too many worries about whether my readings are completely faithful to his intentions. The hypothesis is that Strauss can help us catch sight of something otherwise missing in philosophical discourse on engineering and technology.

Carl Mitcham is a philosopher of engineering and technology, Professor Emeritus of Humanities, Arts, and Social Sciences at the Colorado School of Mines and Visiting International Professor of Philosophy of Technology at Renmin University of China. Mitcham’s work focuses on the philosophy and ethics of science, technology, and engineering.

Mitcham’s publications include Oxford Handbook of Interdisciplinarity (with Robert Frodeman and Julie Thompson Klein, 2010), Ethics and Science: An Introduction (with Adam Briggle, 2012), and Steps Toward a Philosophy of Engineering: Historico-Philosophical and Critical Essays (2020). He was a founding member of the Society for Philosophy and Technology (1976), and served as a member of the Committee on Scientific Freedom and Responsibility of the American Association for the Advancement of Science (1994-2000). Awards include the Abbot Payson Usher Prize of the Society for the History of Technology (1973), International World Technology Network (WTN) award for Ethics (2006), and a Doctorate Honoris Causa from the Universitat Internacional Valenciana, Spain (2010).

Mitcham is also a member of the advisory board of the Research Network for Philosophy and Technology.

The Bernard Stiegler Memorial Lecture was initiated in 2021 by the Research Network for Philosophy and Technology, exactly one year following the passing of the renowned French philosopher. Organised annually in collaboration with the China Academy of Art in Hangzhou, where Stiegler was a visiting professor from 2015 to 2019, the event aims to invite a different scholar each year to present a lecture commemorating his work and legacy.